Looking back, as we approach another year end and tabulating whether my successes have been more than my failures. It’s clear that failure has left its imprint.

The hardest blow came in the form of failing a major exam. The pain was crippling. It did knock me out for a bit. But after all, how do you climb back onto the saddle when the horse has flung you off: when your plans fall to pieces? Life will constantly test your resolve and level of commitment.

If only we could have patience in the midst of our trials. Coping with rejection and apparent failure is a serious matter. The tragic death of John Kennedy Toole (American novelist born in 1937) screams this truth. No publisher would touch Toole’s book. He began suffering from paranoia and depression. In a vain attempt to kill the pain, he committed suicide at the age of 31. Toole’s novels were rejected during his lifetime. However, posthumously, he won the Pulitzer Prize in 1980. 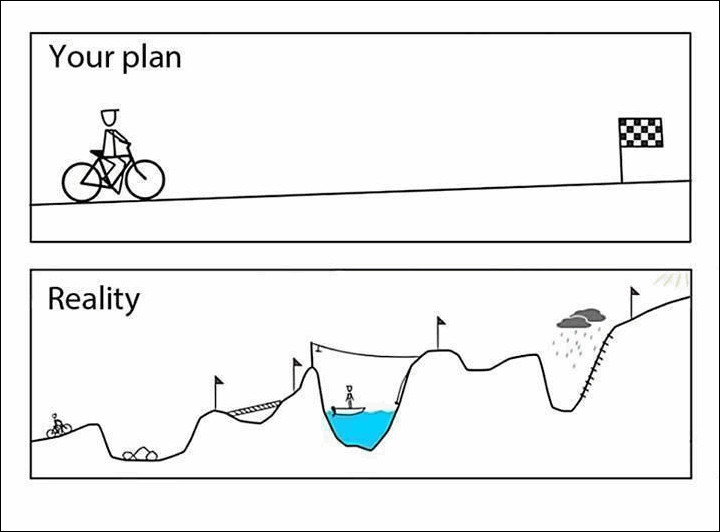 If you focus on positive thinking, even the harshest defeat is only a stepping-stone.

Many of us have stifled our life by heeding some misguided critic who implied we were not good enough. Few things in life are certain but failure is.

Failure seems as something to be avoided at all cost. Although it leaves a sour taste, we should embrace failure for the learning opportunity it is. Failure is the oldest teacher, and perhaps the wisest of them all. Some things are impossible to completely grasp without first falling down.

We live in a culture that values perfectionism and failure is often viewed as a sign of weakness. People become so fixated on not failing that they never move forward. When it comes to failing, our egos are our own worst enemies. It’s easier to accept failure in private, but once the failure is obvious to everyone around you, it’s becomes harder to accept it. Holding onto failures for way too long is destructive.

The Importance of Failure

Success does not come easy. Everyone must face one hurdle after another. If you think that once you have the success you crave, you can relax, you are sadly mistaken.

Failure can be costly, not only emotionally but financially as well. Some industries are very unforgiving as one or more failures may instantly get you the boot. The worse thing anyone can do, is not learn from failures.

In recent years, more and more executives have embraced the point of view, that failure is a prerequisite to invention. The fastest way to succeed,” IBM’s Thomas Watson, Sr., once said, “is to double your failure rate.” The growing acceptance of failure is changing the way companies approach innovation.

However, distinguishing between excusable and inexcusable failure is crucial. Managing failure is key. Some mistakes are unpardonable for example producing and marketing a dysfunctional product caused by poor quality control. Encouraging failure doesn’t mean abandoning or supervision or respect for sound practices. Managing for failure requires leaders to be more engaged, not less.

1. “Failure is the tuition you pay for success.” ~Walter Brunell

2. “Success represents the 1% of your work which results from the 99% that is called failure.” ~Soichiro Honda

3. “Failure is the condiment that gives success its flavor.” ~Truman Capote

4. “There is no failure. Only feedback.” ~Robert Allen

5. “Remember that failure is an event, not a person.” ~Zig ziglar 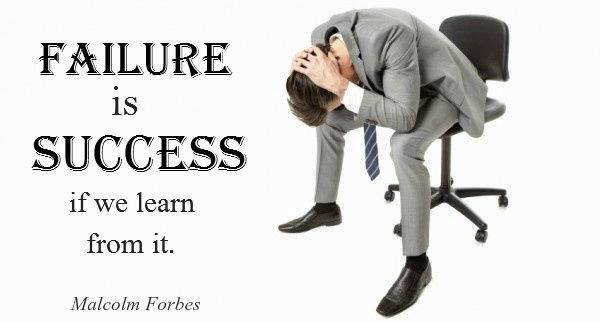 6. “Failure is simply the opportunity to begin again, this time more intelligently.”~Henry Ford

Finally, don’t let the fear of failure hold you back.

Remember to take risks: if you win, you will be happy; if you lose, you will be wise. Always find joy in your journey for as George Bailey said it best “It’s a Wonderful Life!”