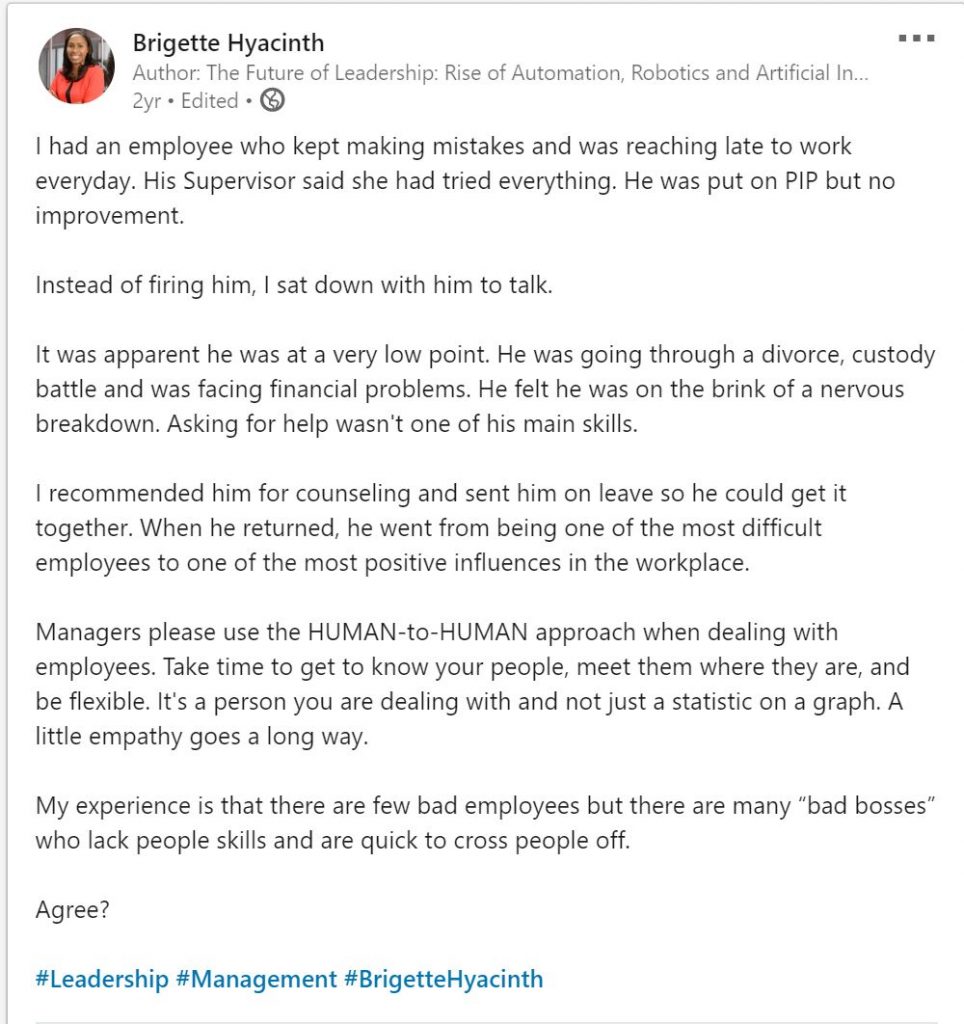 I had an employee who kept making mistakes and was reaching to work late everyday. He was put on PIP but no improvement. His supervisor said she had tried everything.

Instead of firing him, I sat down with him to TALK. It was obvious he was at a very low point. He had to move out his home and was going through a divorce, custody battle plus facing financial problems. He felt he was on the brink of a nervous breakdown. Asking for help wasn’t one of his strong points.

I recommended him for counseling andsent him on leave so he could get it together. When he returned, he went from being one of the most difficult employees to one of the most POSITIVE influences in the workplace.

Managers please use the HUMAN-to-HUMAN approach when dealing with employees. Take time to get to know your people, meet them where they are, and be flexible. It’s a person you are dealing with and not just a statistic on a graph. A little EMPATHY goes a long way.

My experience is that there are few bad employees but there are many “bad bosses” who lack PEOPLE SKILLS, and are quick to cross people off.