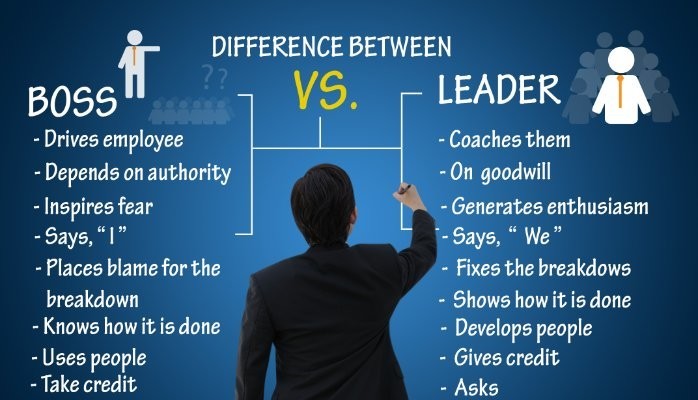 I’ve worked for many bosses but few leaders. Working under a bad boss can make a good job even in the best company, unbearable. As the saying goes, people don’t leave bad jobs, they leave bad bosses.

Here are the 4 types of bad bosses that make employees want to quit companies:

1) “Marionette” – In an age of uncertainty, many managers are yielding to this trap of just playing it safe to preserve their position and privileges. They just follow orders. They are mere puppets and exude no loyalty to employees. It’s demotivating working for a manager who does not stand up for their team. If you make a mistake they quickly turn into judge , jury and executioner. It’s hard to feel passion for a job when you experience this.

2) “King Kong” – Some bosses when they reach to the top immediately forget where they came from. These type of managers possess a superiority complex and like to draw the distinction between management and staff. It is dreadful to work under a manager who is more worried about pushing their weight around than building relationships. Great leaders don’t talk down to their employees. They treat everyone with respect.

3) “Superman” – They think the organization revolves around them. Some start behaving like they are the owners of the company. This trap includes making all of the decisions solo, ignoring feedback you don’t like and taking the credit.” Letting your ego get ahead of you and thinking you know it all is a sure path to failure. Showing some humility and vulnerability allows you to strengthen relations with your team.

4) “Taskmaster” – Their sole focus is on the bottom-line. They use the carrot and stick approach to motivation which clearly doesn’t work. Continuously drilling employees is a sure way make them unhappy at work. Micromanagement suffocates, demoralizes and kills creativity. These managers get so caught up in the bottom line that they forget to treat people with dignity and respect. Very few bosses show empathy towards their team members and this helps improve overall morale and performance.

” An employee’s motivation is a direct result of the sum of interactions with his or her manager.” – Bob Nelson

Then there is the LEADER. A leader coaches, supports and inspires. He/she puts the interests of their team before their own. Leaders develop safe atmospheres where risk-taking and feedback is welcomed. They take care of their team. The focus is to help everyone around them succeed. They push their team to grow and become their very best. A leader never leaves any of his team members to hang out dry. When a leader is at the helm, employees feel valued and appreciated. The corporate world is littered with managers but lacks leaders. Employees long for managers who are leaders.

Lauralee emailed me this: “I worked for a company in Brussels a few years ago when my brother had cancer. In that year, I had 10 weeks leave visiting him and then, when he died, attending his funeral). When I asked my manager, Eric how I could repay the company for all these extra holidays, he simply replied “they weren’t holidays, don’t worry about it”. To this day, Eric was the best manager I ever had… I would walk over hot coals for him!”

Employee engagement is at an all-time low (32%). Usually when an employee has an issue with their company, it has to do with something regarding their manager. Companies need to take a closer look at their managers and their leadership style. Employee engagement is more of a manager issue. 75% of American workers say their boss is the worst and most stressful part of their jobs. How bad are they? Bad enough for 65% of respondents to say they’d rather have a new boss over a pay raise. Can a manager become a leader? Yes, it’s possible. Sometimes it just takes being human and developing your people skills. Technical skills alone do not keep employees motivated. In this Artificial Intelligence economy, the new smart is not determined by IQ but by EQ. It’s about listening, relating, collaborating and connecting with your team. This takes humility, authenticity and empathy.

Studies have shown that leading with vision, inspiration, and purpose, produces better bottom-line results as well as happier, more engaged employees. If we want employees to feel commitment to the organization; we need to show we respect and value them. The “human touch” makes all the difference. If you want to make a lasting positive impact – Don’t be a boss, be a leader! 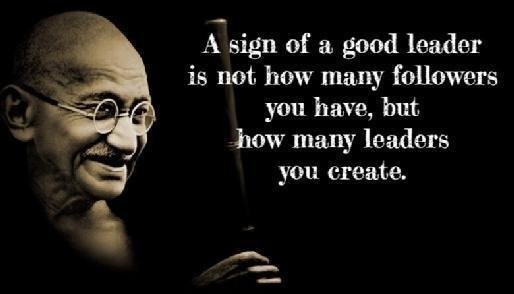 The corporate world is littered with managers but lacks leaders. Over the course of my career, I only had one manager who was a leader ( Joseph). He made such an impact and influenced my leadership style. It is a rare individual who excels in both managing and leading. Joseph was such an individual, and I would have worked for him in any company.

Sadly, what we often see in many workplaces is a culture where fear and intimidation is the norm. “Yes Employees” (sycophants) are rewarded and those who are confident enough to give honest feedback (realists) are punished. There are too many individuals in positions who abuse their power. This is why good employees quit jobs.

Joseph was an inspirational leader. He modeled humility, authenticity, integrity and always made time for employees. Inspirational leaders are capable of taking an organization and people to new heights. Joseph did not rely on his title or position but on influence and inspiration. He could get employees to complete tasks without wielding his authority. He had our loyalty and full support. Words such as ‘Good work team, you are the best”, “I trust your judgment,” “Well done” were at the top of his dictionary. Team spirit was high during his reign. He made everyone feel valued and appreciated. Great Leadership is about empowering people to give and be their very best.

Employees yearn for managers who are leaders; Managers who possess high emotional intelligence and will put people first. Many managers are focused on climbing the corporate ladder and achieving goals, no matter what the cost to employees. Great leaders are concerned about getting the job done as well as the well-being of those under their care. They are interested in the growth and development of their employees.

” If your actions inspire others to dream more, learn more, do more and become more, you are a leader.” – John Quincy Adams

Training, coaching and mentoring are important aspects of leadership and can sometimes be overlooked. True leaders willingly share their knowledge and are not intimidated by the success of others. To be a great developer of people, you must embody humility because taking people to their full potential, may mean they will eventually pass you by. Leading with humility means focusing on others and practicing servant leadership. True leaders always aim to serve rather than be served.

Managers are forgotten but true leaders live on in the hearts and minds of followers. Joseph passed on 5 years ago, but I can still remember him and the legacy he left behind. He truly cared about his employees, but sadly this didn’t sit well with top management and he was transferred from our department.

The greatest legacy a leader can leave is having developed other leaders. Managers, please use the human-to-human approach when dealing with employees. It’s people you are dealing with, not just a statistic on a graph. Get to know your people, meet them where they are and be flexible. If you want to leave a legacy, invest in people. 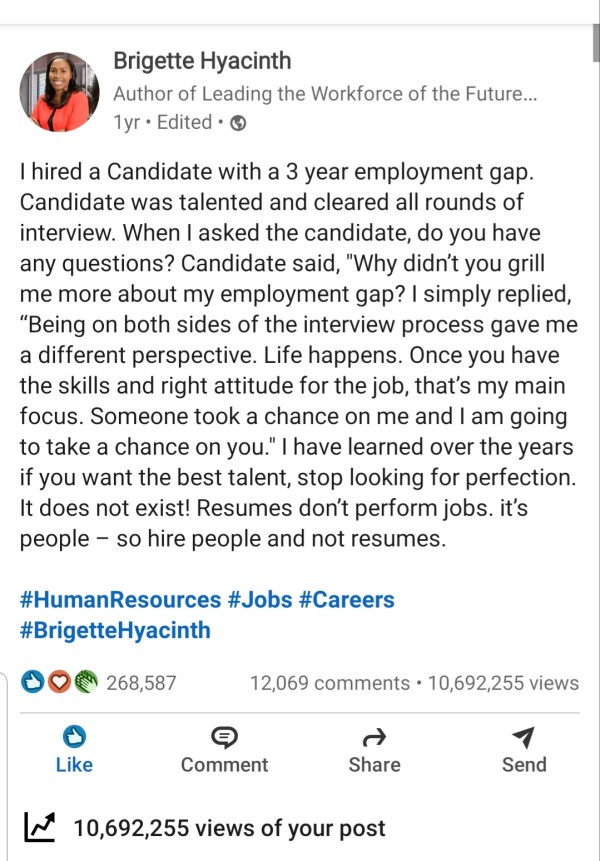 I HIRED a Candidate with a 3 year employment gap. Candidate was talented and cleared all rounds of interview. When I asked the candidate, do you have any questions?

Candidate said, “Why didn’t you grill me more about my employment gap?

I simply replied, “Being on both sides of the interview process gave me a different perspective. Life happens. Once you have the skills and right attitude for the job, that’s my main focus. Someone took a chance on me and I am going to take a chance on you.”

I have learned over the years if you want the best talent, stop looking for perfection. It does not exist! Resumes don’t perform jobs. it’s people – so hire people and not resumes. 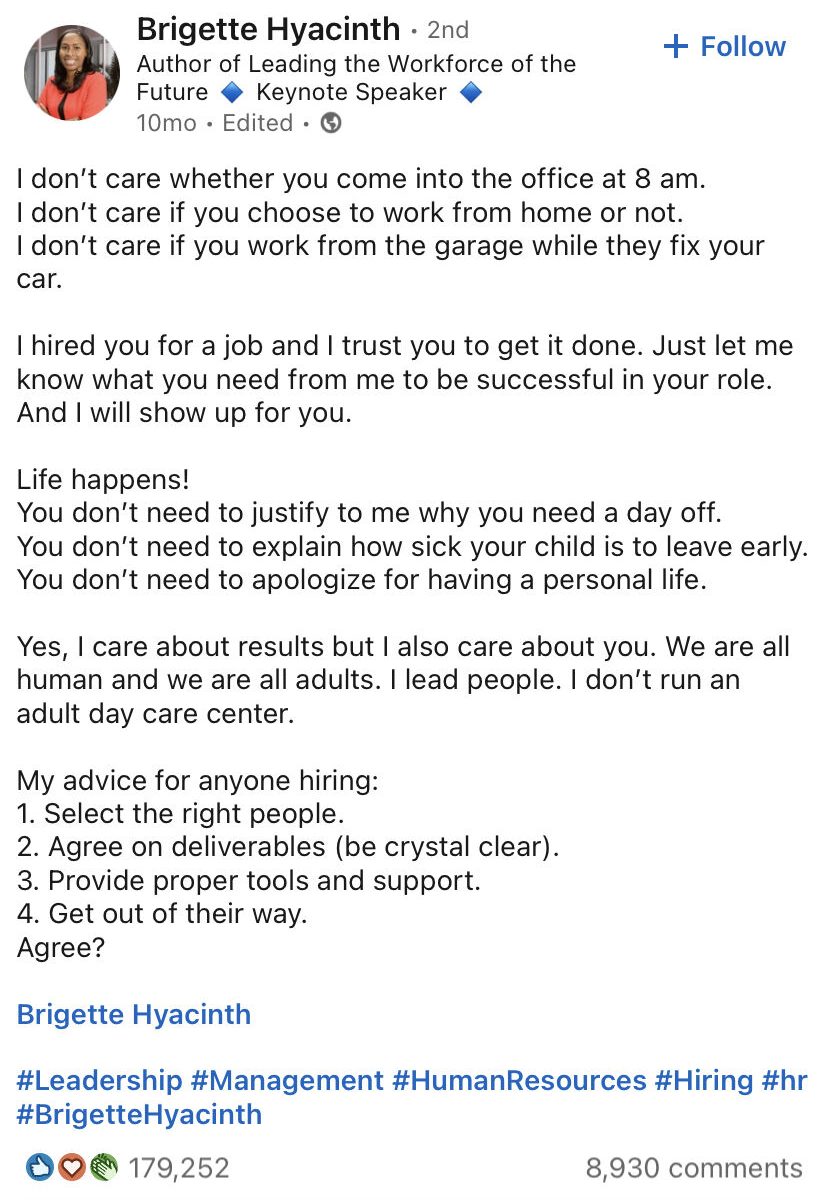 I hired you for a job and I trust you to get it done. Just let me know what you need from me to be successful in your role. And I will show up for you.

Yes, I care about results but I also care about you. We are all human and we are all adults. I lead people. I don’t run an adult day care center.

My advice for anyone hiring:
1. Select the right people.
2. Agree on deliverables (be crystal clear).
3. Provide proper tools and support.
4. Get out of their way.

I lost one of my managers a couple of years ago, and I can’t seem to forget him or the legacy he left behind. He was one of my earliest examples of true leadership.

I had a family emergency and before I could finish explaining to him the situation. He said, “And you are still standing here talking to me? Why aren’t you out the door yet? I’ll cover for you.” I smiled then went to my desk, took my belongings and left. Thereafter, he had my full commitment.

Titles Don’t Make Leaders—Actions Do – How to lead with influence instead of authority:

“ Leadership is not a position or a title, it is action and example .” – Cory Booker

Sadly, Joseph people-first approach did not sit well with top management. Eventually he was removed from his position, and transferred to a back office function. They took away his job title but they could not remove his title as a “leader”. We still kept in contact with him.

Managers are forgotten, but leaders live on in the hearts and minds of their followers long after they have gone. Sometimes I can still picture Joseph walking through the office, greeting staff on mornings. Those were the special moments I still hold dear. It doesn’t take much to create those special moments with your team. Being a leader is caring about others and wanting the best for them. It’s about empowering and encouraging employees to reach their full potential. True leaders don’t create more followers, they create more leaders. If you want to leave a legacy, invest in people.